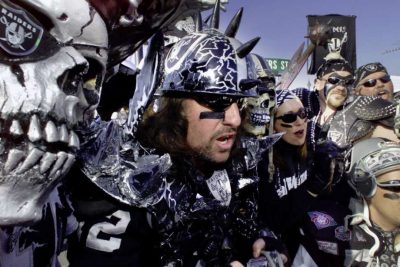 What is the Black Hole?

During every Raiders’ home game since 1996, the most notorious fans in all of football SHOW UP. Made-up, decked out, and literally dressed to kill, the Black Hole Super Fans are seen cheering for the Raiders. However, not only do they cheer for the Raiders, they intimidate the opposition. Other teams have been known to want to avoid being in the vicinity of these scary-looking and loud fans. Have you ever wondered how the Black Hole came about?

The Black Hole was formed by Rob Rivera and some friends back in 1996. Rob had been sitting with the same people watching games and drinking A Lot of beer and the Black Hole was formed. Starting with just a few people, every week more and more fans participated in the fun. Soon sections 104-107 were joined by a thousand others throughout the stadium.

There were some moments years ago where the Black Hole was a bit over-zealous and occasionally violent. My brother would talk about how he would come home from games wearing more beer than he drank. As the Black Hole evolved, they became very good at being loud, intimidating, and having a great time.

Black Hole fans aren’t simply Raiders fans. Believe it or not, the group they’ve created does not only focus on fun. Members are very active in their communities.  Their civic activities, which include feeding programs and toy drives every Christmas, make a difference. Most members have respectable careers despite outward Sunday appearances.

With the team’s move to Las Vegas, making the journey was cost-prohibitive for some Oakland season ticket holders. When combining airfare, hotel, transportation, PSL, and the cost of games, choices had to be made. Many Black Hole regulars will become visitors instead, and we will miss them. Fortunately, Las Vegas is a great place to live. Over the years, both Los Angeles and Bay Area Raiders fans have moved to Las Vegas. Las Vegas will combine 2 legacies into 1 future.

When combining fans from all three cities, the Black Hole will thrive. The Raiders encourage everyone to dress up and join in the fun. Either way, Game Day will be filled with a lot of silver and black clothing, large spikes, great costumes, and gallons of face paint.

When given the choice of seating at Allegiant Stadium, the lure of a different viewing position has enabled the Black Hole to spread cheer throughout the stadium. There are those that chose to sit in the south end-zone sections again; however, others have chosen different seats. As a result, there may be some unaware and amazed new fans. The Black Hole grew organically in Oakland and will grow again in Las Vegas. After-all, Las Vegans love to have fun! 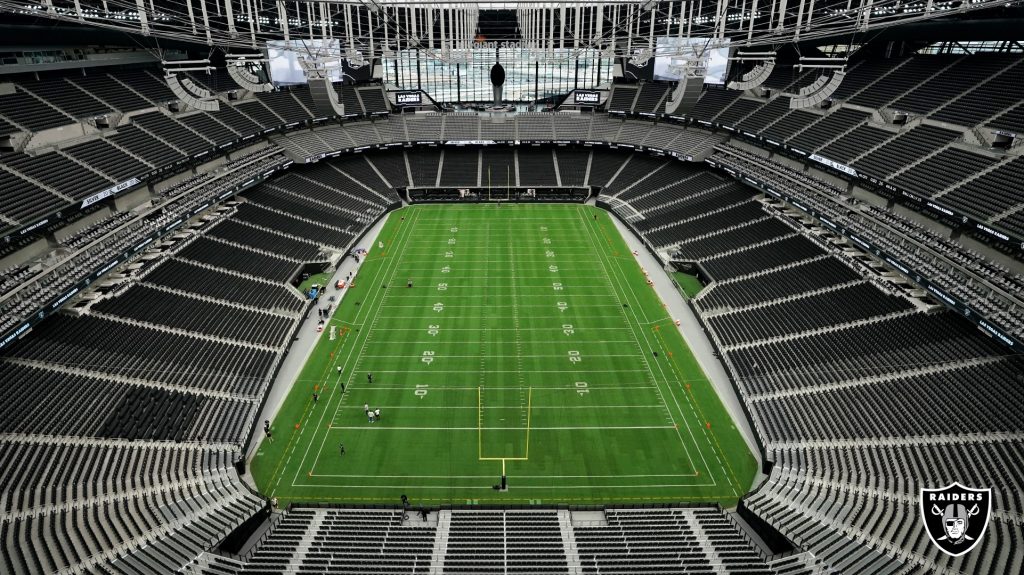 The Raiders- Was it smart moving to Las Vegas?

The Black Hole and Raiders belong together

Sadly, 2020 wan’t quite what everyone thought it would be. Fans did not enter Allegiant Stadium on game day this season. Starting in October, the gathering size in Nevada was increased to 250 people as long as there is social distancing. Because of this mandate, hotels, bars and sports books could have watch parties but definitely not what we hope for in the future. Count on Las Vegas to make up for lost time in 2021.

Allegiant Stadium has a Mega-Tron TV outside that will surely be a fun place to be on game day. In 2020 parking lots were set up for tailgating with giant TVs and a hefty $400 and $500 price tag per car for entrance. Wherever we watch the Raiders play from, we cheer for the Las Vegas Raiders, and we will have a good time doing it! The Raiders and the Black Hole in Vegas are here to stay. Las Vegas is excited to receive both the team and the fans as seen in the video above- we welcome you!

The first Allegiant Stadium tailgating party in their parking lots sold out in only one day. Then there were drive thru box lunch pickups with stadium food for game day. Next came Allegiant stadium tours. They certainly are being creative trying to offset the utilities for our beautiful stadium!

While Allegiant Stadium has all the glitz and glam that a 2 billion dollar stadium should have, it has been nicknamed the “Death Star.” Very fitting because it will be a Death Star for other teams. This is an exciting time. The Raiders’ California fan base and Las Vegas have joined together to create a Las Vegas Raiders force in 2020 and beyond.

As the billboards say: 2 Legacies – 1 Future. When you get a chance, plan your trip. Join all the other black and silver shirts filling the city on gameday weekend. We continue to show Vegas what a party is – Raiders style! 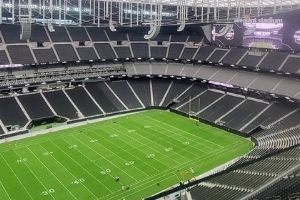 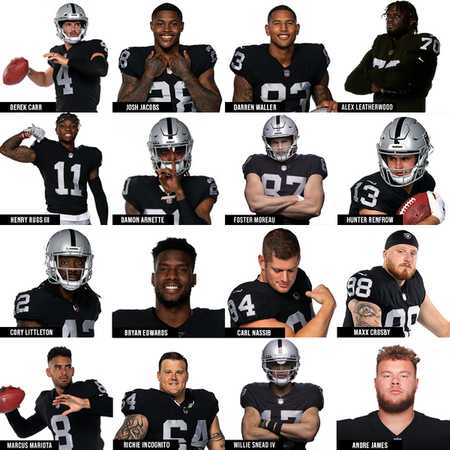 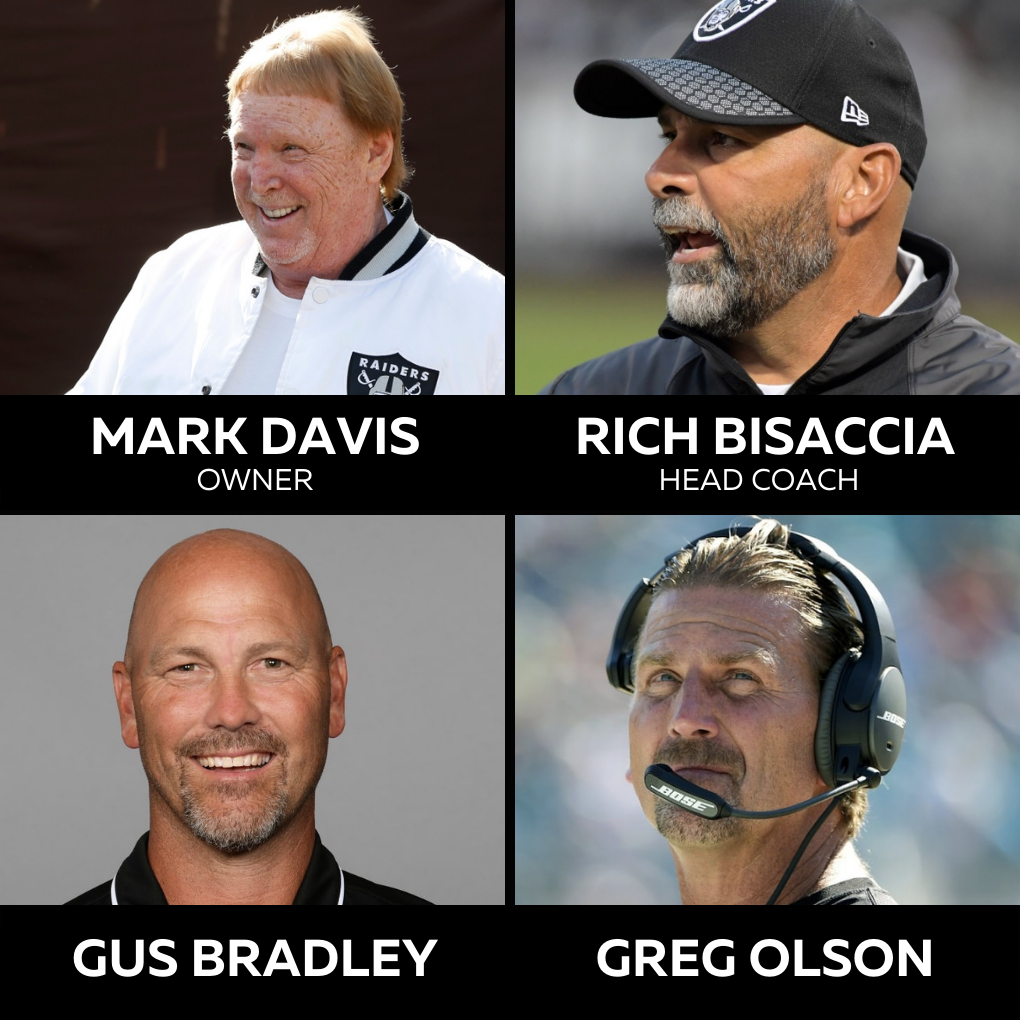 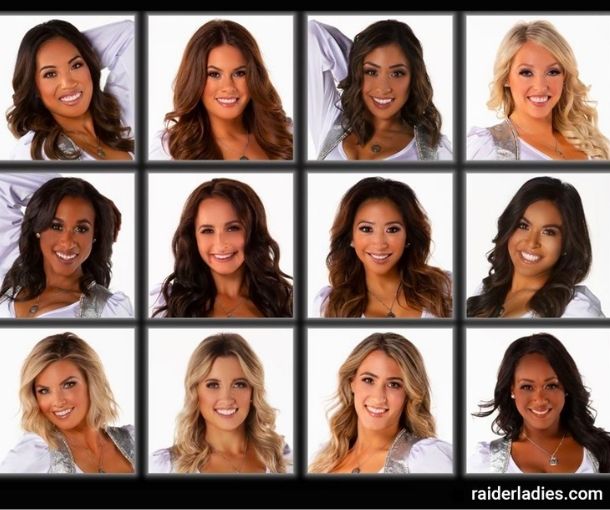