Carl Nassib is another defensive lineman signed by the Raiders in free agency during the summer of 2020. Growing up in an athletic family with 5 kids, two Nassib boys made it into the NFL. Brother Ryan Nassib was a backup quarterback for the NY Giants for 4 years. What a great time their childhood must have been, playing together in the yard and the street.

In high school, Carl played basketball due to his 6’6” height and weight under 220. However, not getting a scholarship to Penn State didn’t stop him, and he was accepted due to his good grades. Knowing that football was his first love, he tried out for the football team as a walk-on. These days he calls jokes that he went to Walk-On U.

Carl’s senior year of college play earned him the designation of “Big 10 Defensive Player of the Year.” Drafted in the 3rd round of the NFL’s 2016 Draft to the Browns, he played for 2 years in Cleveland. Finishing his 4- year contract with 2 years in Tampa Bay before becoming a free agent.

On March 17, 2020, Carl signed a 3 year, $25 million contract with the Las Vegas Raiders. Carl Nassib will be a key component in the Raiders’ new defensive line this year. According to Raiders ‘ stats at 28 and single, Carl is officially a big guy at 6’7” and 275 pounds. Looking forward to seeing that size and speed on our team instead of working against us.

In June of 2021, Carl became the first active NFL player to let it be known publically that he is a gay man. He released a recorded statement during Gay Pride month to bring awareness and make being gay easier for kids. We admire his willingness to give to others at the sacrifice of his privacy.

About Carl Nassib - Did You Know?

Carl Nassib’s mother, Mary Fischer-Nassib established SGN – Sow Good Now – in 2018. She started it after seeing how excited the children’s hospital ward was when Carl Nassib came to visit. The mission of her non-profit is to introduce and guide younger philanthropic individuals towards giving and charities.

She focuses on recruiting younger high-performing athletes to make presentations at schools, teaching the core issues of philanthropy. At the same time, these presentations help the athletes be better communicators and mentors.

In 2018 there was a 27 second video that has 126K views with Carl explaining to fellow teammates, social media math. If you spend 2 hours a day on Instagram or Facebook, that’s 1 month a year. The teammate replied “What’s wrong with that?”

We couldn’t find a current Facebook page for Carl or a Twitter account. Guess he wants to keep that month of time he’d spend on SM.

You can visit Carl Nassib’s social media pages or you can view them here at RaiderLadies.com

(Since Carl doesn’t have more social media for you to see, we posted him shirtless.) 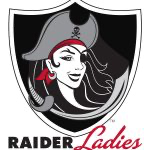