Raider Ladies Have Their Picks! Do You?

Our Fantasy Football Picks are here! With the NFL Season about to start, people begin to plan their draft players. Are you competitive? Do you have that desire to win? Choosing players from your favorite team can make the game more fun- because you tend to watch the game. Therefore, here is a list of suggested top Las Vegas Raiders’ players for your Fantasy Football team this season.

The Fantasy Football Sources We Used

We gathered picks from three well-known fantasy football data sources below. Save yourself time by checking out these 4 recommended players, or do the homework yourself to be more involved. For those pressed for time, try a service with an app. There’s nothing worse than a fellow team owner in your league who isn’t prepared.

There are plenty of sites offering draft advice to anyone who will listen. Of course, there are the free sites with no app and the one-time fee ones starting at $20. For the serious player we saw a couple sites charging up to $100 a month. An advice site may be a great option if you don’t want to take the time to guess or research players yourself.

Your Running Back Pick

In an article from Fantasy Footballers, they suggest that “the running back position is the most important in fantasy football.” Let’s start there.

The Las Vegas Raiders “most picked player” for 2020 in that position is none other than Josh Jacobs. Josh looks to be a potential MVP candidate this upcoming season according to Dan Hanzus of NFL.com. He totally nailed his rookie campaign last year in spite of his missing 3 games due to injury.

Last year Josh had 242 carries for a total of 1,150 yards,  which makes it 4.75 yards per carry. That 4.75 yards per carry earned him a nomination for the 2019 NFL’s Most Valuable Offensive Rookie of the Year. When asked, he said he plans to do better this year. You might want to consider making him the first-round draft pick for your team.

The next position to consider is that of your wide receiver. Because your wide receiver should be the fastest player on the field, you’ll probably want to pick the fastest runner. This year the Raiders’ first round draft pick in 2020 was Henry Ruggs III for a reason. Henry is expected to be a huge component due to his speed and quality route running.

The 21-year-old runs the 40 yard dash in 4.27 seconds. According to SportingNews.com, that 4.27 second time actually makes him the fastest 40 yard dash runner in the NFL this year. Pair Henry Ruggs III with the Raiders’ star quarterback Derek Carr, who we hope has a great season. In 2019 Carr threw for over 4,000 yards. With the new cast of weapons that the Raiders acquired this year, Carr should be a great fantasy football option.

Your Tight-End Pick For Fantasy Football

Your Raiders fantasy football pick for the tight end position needs to have a high PPR. For those of you that don’t know, PPR means Points Per Reception. Those are the points given to a tight end in Fantasy Football each time they catch the ball during the game. According to Mike Tagliere of Fantasy Pros, “There was just one tight end in all of football who finished all 16 games with at least 7.0 PPR. It was Darren Waller.” Darren finished the 2019 season as the third-best Fantasy Football tight end and is a Raiders fan favorite for 2020.

Another forecaster, Clutchpoints, also concluded in their article about tight ends: that Darren Waller’s 221 PPR in 2019 make him a great fantasy football choice in 2020. They followed that up by saying “Having that kind of production at the tight end position can power a team to a championship”.

With a delayed start to the season, Waller’s game will be in top form. His commitment to the team and his non-stop work ethic will surely make for another high point season.

Now to end your draft, your fourth pick from the Raiders line-up should be a solid kicker. Kickers are the highest scoring players in the NFL since they make real scores.

Do you know which position actually scores the most points in a season? The kicker is a position that will make or break your entire team.

Remember the remarkable 35-yard field goal winning kick by Daniel Carlson in 2018 over the Arizona Cardinals? That was his 3rd field goal of the game made with just seconds left in the game breaking a 5 game losing streak. The Raiders won because of that perfect field goal. He also earned the AFC Special Team Player of the Week Award after the game.

Amazingly, last season, Carlson made a total of 166 kicking points. When looking for your team’s kicker, Daniel Carlson is among the top few that are worthy of being selected. When you add 10 points to his 2016 point total, just because he’s The Raiders kicker, 176 points would entice you to choose him.

Our Advice About Fantasy Football

The Raiders have a lot to prove to their fans this year. Determination to maintain the love of Northern California and winning over Las Vegas will make the Raiders dangerous this year. Here’s a few thoughts:

TIPS: Don’t pick your draft players based on popularity, hairstyle or the hotness of his body. Although some of these guys above have all three of those traits! Hopefully we saved you some time by doing research for this season by showing you a few top Raiders choices by the experts. None of them are the most popular guys in the NFL although these players are guys driven to win.

ADVICE: If you want to show up the other people in your league, consider consulting an expert advice site. Using one gives you back-ups in case someone else nabs your pick before you do during the draft. Being prepared will make you enjoy the draft party much more. Try to remember that this is a game. Have fun! Meet people and laugh!

As casual Fantasy Football players, our RaiderLadies.com team agrees that FantasyFootballNerds.com is an excellent resource. They simply are the best platform for the casual Fantasy Football player. Why do we like them? Because everyone can use $20 for the season service. Their picks are consistantly accurate and they are the only service with a Consensus Category. Their reknowned Consensus Category compiles opinions from experts on various websites, then weighs those with each expert’s accuracy performance in past seasons. Results are calculated and a 1 million users a year speak to verify that their accuracy is extremely good.

REMINDER: Knowledge about your fantasy football picks and draft strategy is the key to off-season satisfaction and bragging rights. It may be a game, however, never has the expression “make good choices!” been so true. Don’t we all want to be the best, score high, and “Just win, baby?!” If you don’t play, try it!

This blog was written by Jane Camille. Jane is a Las Vegas writer who is thrilled to have the Raiders in her backyard. With 2 little Raiders fans, Jane says that she feels like she’s carrying footballs regularly. Fumbling is not an option!

How To Play
Fantasy FB

Meet The
Players
And Bios

The Many
Las Vegas Lifestyles

Sponsored by Kurt Grosse with Realty One Group ~ Your Housing Protector

History Of The Raiderettes – 60 Years 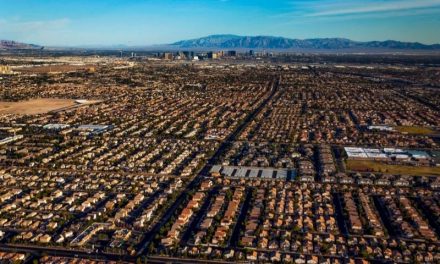