This is a place to read stories, get information, see videos, pictures and player social media.
We are about everything Las Vegas Raiders except game analysis.

It’s about time the women of Raiders Nation have a place to reference news, history and player bios. See the Raiderettes as the classy women they are!  See You- The Fans and Their Families In Raider Gear. Be A Part Of Raider Ladies Nation!

What is the Black Hole?

During every Raiders’ home game since 1996, the most notorious fans in all of football SHOW UP. Made-up, decked out, and literally dressed to kill, the Black Hole Super Fans are seen cheering for the Raiders. However, not only do they cheer for the Raiders, they intimidate the opposition. Other teams have been known to want to avoid being in the vicinity of these scary-looking and loud fans. Have you ever wondered how the Black Hole came about?

The Black Hole was formed by Rob Rivera and some friends back in 1996. Rob had been sitting with the same people watching games and drinking A Lot of beer and the Black Hole was formed. Starting with just a few people, every week more and more fans participated in the fun. Soon sections 104-107 were joined by a thousand others throughout the stadium.

There were some moments years ago where the Black Hole was a bit over-zealous and occasionally violent. My brother would talk about how he would come home from games wearing more beer than he drank. As the Black Hole evolved, they became very good at being loud, intimidating, and having a great time.

Black Hole fans aren’t simply Raiders fans. Believe it or not, the group they’ve created does not only focus on fun. Members are very active in their communities.  Their civic activities, which include feeding programs and toy drives every Christmas, make a difference. Most members have respectable careers despite outward Sunday appearances.

With the team’s move to Las Vegas, making the journey was cost-prohibitive for some Oakland season ticket holders. When combining airfare, hotel, transportation, PSL, and the cost of games, choices had to be made. Many Black Hole regulars will become visitors instead, and we will miss them. Fortunately, Las Vegas is a great place to live. Over the years, both Los Angeles and Bay Area Raiders fans have moved to Las Vegas. Las Vegas will combine 2 legacies into 1 future.

When combining fans from all three cities, the Black Hole will thrive. The Raiders encourage everyone to dress up and join in the fun. Either way, Game Day will be filled with a lot of silver and black clothing, large spikes, great costumes, and gallons of face paint.

When given the choice of seating at Allegiant Stadium, the lure of a different viewing position has enabled the Black Hole to spread cheer throughout the stadium. There are those that chose to sit in the south end-zone sections again; however, others have chosen different seats. As a result, there may be some unaware and amazed new fans. The Black Hole grew organically in Oakland and will grow again in Las Vegas. After-all, Las Vegans love to have fun!

The Raiders Relocating
to Las Vegas

When the Raiders announced the team was relocating to Las Vegas, the world was shocked. The hometown team leaving Oakland in exchange for the Entertainment Capital of the World? A hundred different reactions abounded, and it took 4 years ago to move once the move was announced.

Most Raiders fans love their team intensely, so some simply moved themselves and their businesses to Nevada. Many retired and moved to Nevada, and many stayed in the Bay Area. Game days will be extremely busy at McCarran International Airport.

Some people investigated and saw what a Las Vegas Lifestyle really is. Although most people visualize Las Vegas as “The Strip,” it’s so much more. After all, the Las Vegas Strip is one street in 134 square miles of city. Las Vegas has considerably less expensive housing, minimal traffic, 300+ sunny days a year, and numerous professional sports. Add in having no state income tax, and Las Vegas gets very enticing.

According to our sponsor, Kurt Grosse with Realty One Group, many Raiders fans have already moved to Las Vegas. Over 60% have paid cash for a new home after selling their California homes. If you’re thinking of making a move, contact his office or visit HomesForSale.Vegas to check out everything about Las Vegas.

Get started now to take advantage of the historic low-interest rates. Kurt is both an offensive and defensive coordinator when representing you. Call him for a free housing consultation and an area of town tour.

The Raiders- Was it smart moving to Las Vegas?

The Black Hole and Raiders belong together

Sadly, 2020 isn’t quite what everyone thought it would be. It’s doubtful that fans will enter Allegiant Stadium on game day this season. Starting in October, the gathering size in Nevada was increased to 250 people as long as there is social distancing. Because of this mandate, hotels, bars and sports books will be better but definitely not what it will be in the future. Count on Las Vegas to make up for lost time next year.

Allegiant Stadium has a mega-Tron TV outside the stadium that will surely be a fun place to be on game day. They’ve set parking lots up for tailgating with giant TVs and a hefty $400 and $500 price tag per car for entrance. Wherever you watch the Raiders game, we will cheer for the Las Vegas Raiders, and we will have a good time doing it! The Raiders and the Black Hole in Vegas are here to stay. Las Vegas is excited to receive both the team and the fans as seen in the video above- we welcome you!

The first Allegiant Stadium tailgating party in their parking lots sold out in only one day. Since there are many parking lots and a lot of demand, this will surely be an on-going event.

While Allegiant Stadium has all the glitz and glam that a 2 billion dollar stadium should have, it has been nicknamed the “Death Star.” Very fitting because it will be a Death Star for other teams. This is an exciting time. The Raiders’ California fan base and Las Vegas have joined together to create a Las Vegas Raiders force in 2020 and beyond.

When life is normal again, plan your trip, and join all the other black and silver shirts filling the city. We are going to show Vegas what a party is – Raiders style!

Women In the NFL

The Beginning of an Era~ During the September 21st 2020 “First NFL Game Ever Played At Allegiant Stadium” many firsts occurred. Among them we were honored to have Sarah Thomas, the first full-time female NFL referee on the field….  Read More…

See the video and playlist for Raider Ladies Nation’s newest video. The Raiders NFL Team has over 60 years of history. Over the years, there have been many attempts for songs to become the Official Raiders Anthem. Included are the 1986 Los Angeles Raiders, Ice Cube and… Read More…

Raiders Score In Vegas –
And So Do You!

How many ways have the Raiders scored in Las Vegas! As the team moved this spring, some fans remained unhappy. Las Vegas is extremely excited about the team, the fans, and the fun. We see the move as giving fans an awesome gathering place. People that cannot afford season tickets can still be a part of the energy… Read More…

Have You Seen The Al Davis Memorial Torch In Las Vegas? On August 21, 2020 the Las Vegas Raiders entered Allegiant Stadium for the first time to have a practice there. The grass field was rolled into place. The locker rooms were open and the players got their first...

END_OF_DOCUMENT_TOKEN_TO_BE_REPLACED

A Place Of Honor At Team Headquarters - On June 27th, the original Al Davis Memorial Torch arrived by truck to be placed on its new pedestal at its brand-new home. This piece of Raiders football history is now located at the Raiders practice facility and headquarters,...

END_OF_DOCUMENT_TOKEN_TO_BE_REPLACED

How to Tailgate During Covid

Plan How You'll Tailgate During Covid Woo-Hoo! Let's Tailgate! When the season kicked off in 2020, everything was certainly different! The NFL is all about changing game plans and fans are doing the same thing! This season theoretically there will be no tailgating at...

END_OF_DOCUMENT_TOKEN_TO_BE_REPLACED

What's It Like To Live In Las Vegas? Lifestyle is the reason 5000 people a month (for 30 years) relocate to Las Vegas. Do you know anyone who lives here? All together, about 1/3 of the people that move to the Las Vegas Valley are from California. In addition to...

END_OF_DOCUMENT_TOKEN_TO_BE_REPLACED

What Is Fantasy Football? Have you heard of fantasy football and thought that it might be too niche and too complicated for you to even try out? Maybe you've thought about learning to play before but just haven't. Have you thought it was a man's game? If so, read on!...

END_OF_DOCUMENT_TOKEN_TO_BE_REPLACED 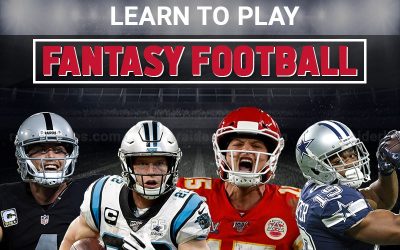 How To Play Fantasy Football

END_OF_DOCUMENT_TOKEN_TO_BE_REPLACED

This Website Is Sponsored by Kurt Grosse with Realty One Group ~
Kurt Has Sold Las Vegas, Henderson, and North Las Vegas Homes For 25 Years
Contact Kurt For Buying or Selling In The Las Vegas Valley